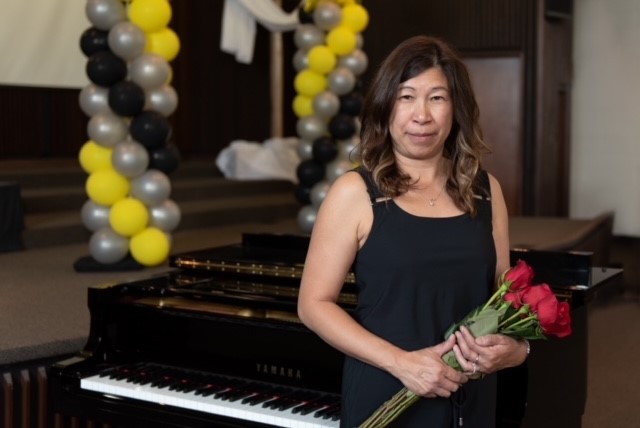 With over thirty years of teaching and performance experience, Jennifer not only created Imagine Music in 1994, a music school with currently 17 teachers and staff, but continues to enhance its reputation throughout Calgary while providing students with fun, creative and inspiring music lessons.
Jennifer began learning music on an organ where she quickly learned how to chord, orchestrate sounds and rhythm settings. This beginning has given her a unique teaching style with a contemporary jazz twist and a focus on improvisation. By age 16, she was teaching new and creative improvisation techniques to students of all ages. She went on to study piano and keyboards at Mount Royal University, graduating with a Diploma in Jazz and Contemporary Music Performance. Jennifer continues to study Classical Repertoire with Joseph Fridman, a respected Classical Teacher, Clinician and Adjudicator, and has completed the Royal Conservatory Level 8 in Piano, Theory and Jazz Theory.
In addition to running Imagine Music Inc. and teaching piano lessons, Jennifer is also a respected accompanist and plays live music at events including weddings, corporate parties, and private functions. Her side business, Imagine Live Music, books musicians to play music at weddings and other events.

As an educator, Jennifer teaches her students the ability to improvise, interpret, or learn various music styles, making them more versatile players. She believes that young students should learn the piano so they can use it when they become adults. Older students can obtain enjoyment, relaxation, physical and mental skills from learning an instrument with her. Jennifer is affiliated with the Alberta Piano Teachers Association and has been a clinician for the Calgary Arts and Summer School (CASSA) for over 10 years. In 2019, Jennifer sat on the Conservatory Canada Voice Syllabus Committee and helped revise the Contemporary Voice Syllabus. She also orchestrated and performed all the backing tracks for voice students to practice and use in the CC Level 1 to 5 exams.

Recently, Jennifer was nominated for the RBC Women of Influence 2022 Award. Her company, Imagine Music Inc, has been Rated Viral for violin lessons and voted best in Calgary for guitar lessons. Jennifer was also featured in Subkit as a women entrepreneur.

Jennifer looks forward to the Alberta Piano Teachers Festival and hopes she can inspire students to learn, create and love playing music. 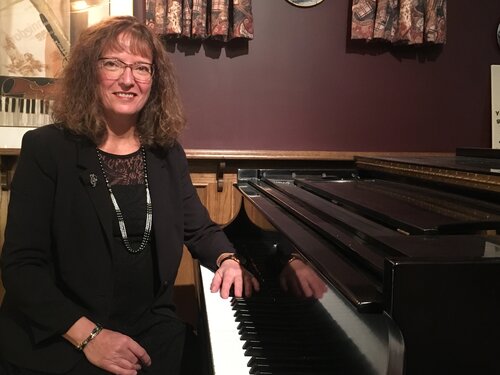 Linda Kundert holds a Master of Music in Piano Performance from the University of Calgary and a Bachelor of Music from the University of Southern California. She has an Associate Teacher’s Diploma from Mount Royal University and an ARCT Teacher’s Diploma from the Royal Conservatory of Music in Toronto (RCM). Her major teachers were: Willard Schultz, Charles Foreman, Priscilla King, Peter Turner, James Bonn, Adam Wibrowski, Donald Bell, Dr. Marienne Uszler and Dr. Jean Barr. Ms. Kundert is a successful independent studio teacher, RCM senior examiner, Frederick Harris editor & reviewer, festival adjudicator, collaborative artist, and she is a master class and workshop clinician. She is the Co-Founder, President & Artistic Director of Cassa Musical Arts, which celebrated its 25th Anniversary in 2018.

Ms. Kundert was honoured with the Alberta Registered Music Teachers’ Association (ARMTA) Recognition Award in 2006, was Chair of the Canadian Federation of Music Teachers’ Association (CFMTA) “Peak Performance” Conference and Celebration held in Calgary in 2005, and in 2011 was presented with the CFMTA Hugheen Ferguson Distinguished Teacher Award. Ms. Kundert was also honoured with the City of Calgary 2015 Community Achievement in the Arts Award, and was awarded Teacher of Distinction by the RCM in 2016. She is currently a piano instructor at Mount Royal University and teaches from her home studio in Okotoks, in-person and online. Her students continue to receive many awards and scholarships in both performance and composition. Ms. Kundert loves to teach; she has nurtured many students of all ages and levels. With her guidance, more than 40 students have achieved their ARCT and Licentiate diplomas.

For fun, she enjoys riding her horses, Leo and Caity, and she plays competitive softball. 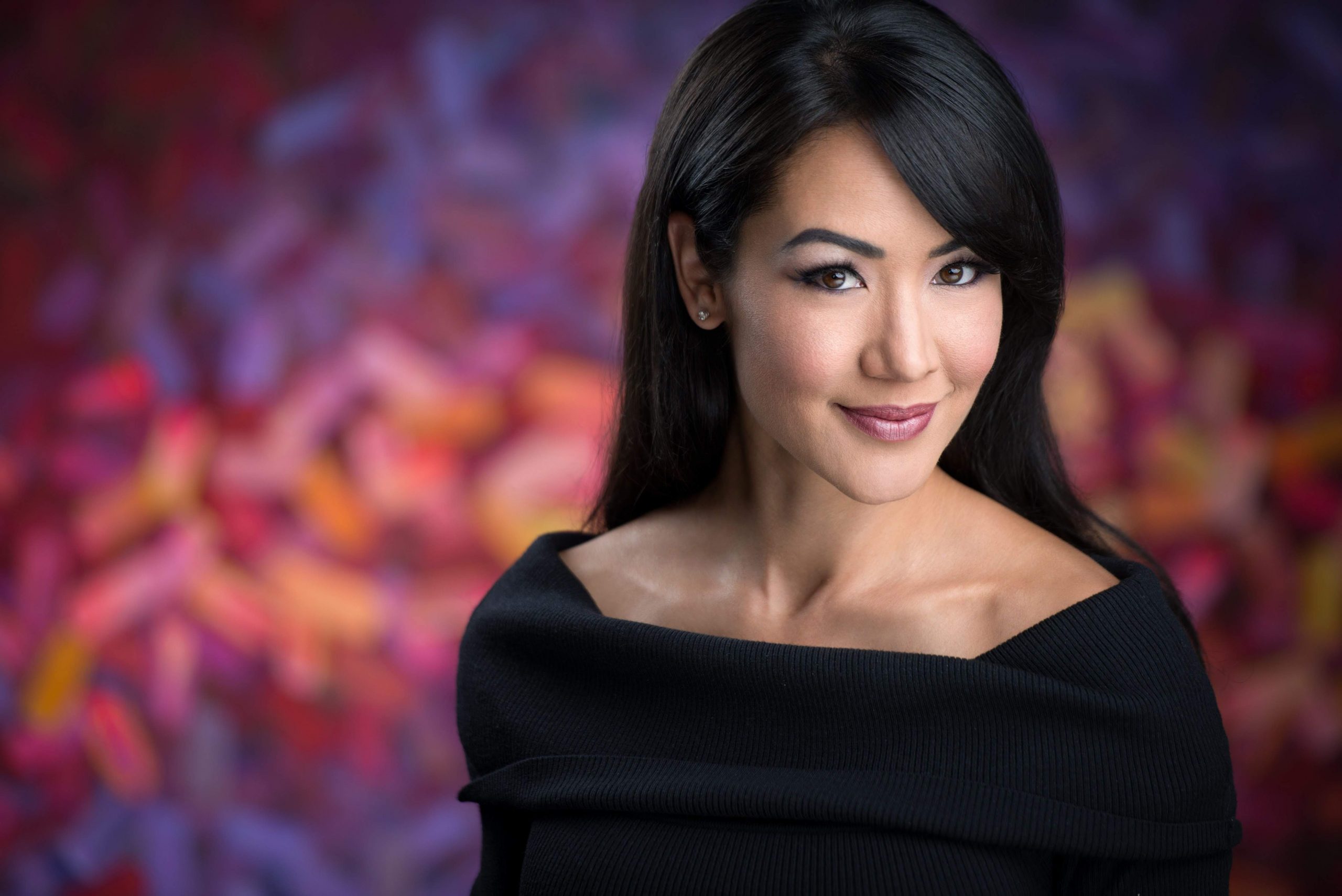 Carmen Morin began her piano study at the age of two with her father Dan Morin and has since been an active member of Calgary’s musical community all of her life.
After her orchestral debut at the age of 10 with the Calgary Civic Symphony, she has been featured several times as guest soloist with orchestras throughout Canada. She also represented the Canadian Embassy in a performance tour showcasing Canadian talent.
Ms. Morin holds her ARCT in Piano Performance from the Royal Conservatory of Music. She obtained her Diploma in Music Performance with Dmitry Nesterov at Mount Royal University and studied under the tutelage of Marilyn Engle and Charles Foreman in the Bachelor of Music program at the University of Calgary.
With over twenty years of teaching experience, Carmen has a passion for sharing music education with future generations. She was a faculty member of Mount Royal University’s Conservatory from 2008-13 before establishing Morin Music Studio in 2014.
In addition to her role as a committed pedagogue, Carmen combines her love of the arts with entrepreneurship. She enjoys her position as owner and executive director of Morin Music Studio​, a private music school in Calgary, with a collaborative team of almost 40 faculty and nearly 1000 classical music students. In 2016, she received the ​Horizon Alumni Award from Mount Royal University to celebrate the success of her private music school. She is the founder of the ​Love of Music Calgary Program​—a community organization that aims to extend the reach of music education to interested students who may not otherwise have the means to otherwise study.
Ms. Morin enjoys an active performance schedule. She has studied and performed in Europe, including performances in Portugal at the Coimbra World Piano Meeting held by the Academia Internacional de Música de Aquiles Delle Vigne. She was recently awarded first prize in the Coimbra World Piano Duo Competition “Special Prize – Francis Poulenc” with her piano duo partner, Lana Henchell, which led to a performance with the Orquestra Clàssica do Centro in the São Francisco Concert Hall.

In 2019, Ms. Morin was included in the first group of music educators inducted into the Steinway and Sons Teacher Hall of Fame in New York​, a prestigious designation recognizing North America’s most committed and passionate piano educators. In her teaching philosophy and ​Music Mindset Podcast​, Ms. Morin advocates that all people possess unique seeds of musical talent. The discipline of musical training not only develops tools for artistic expression but also cultivates character traits, which promote success and fulfillment in all areas of life. 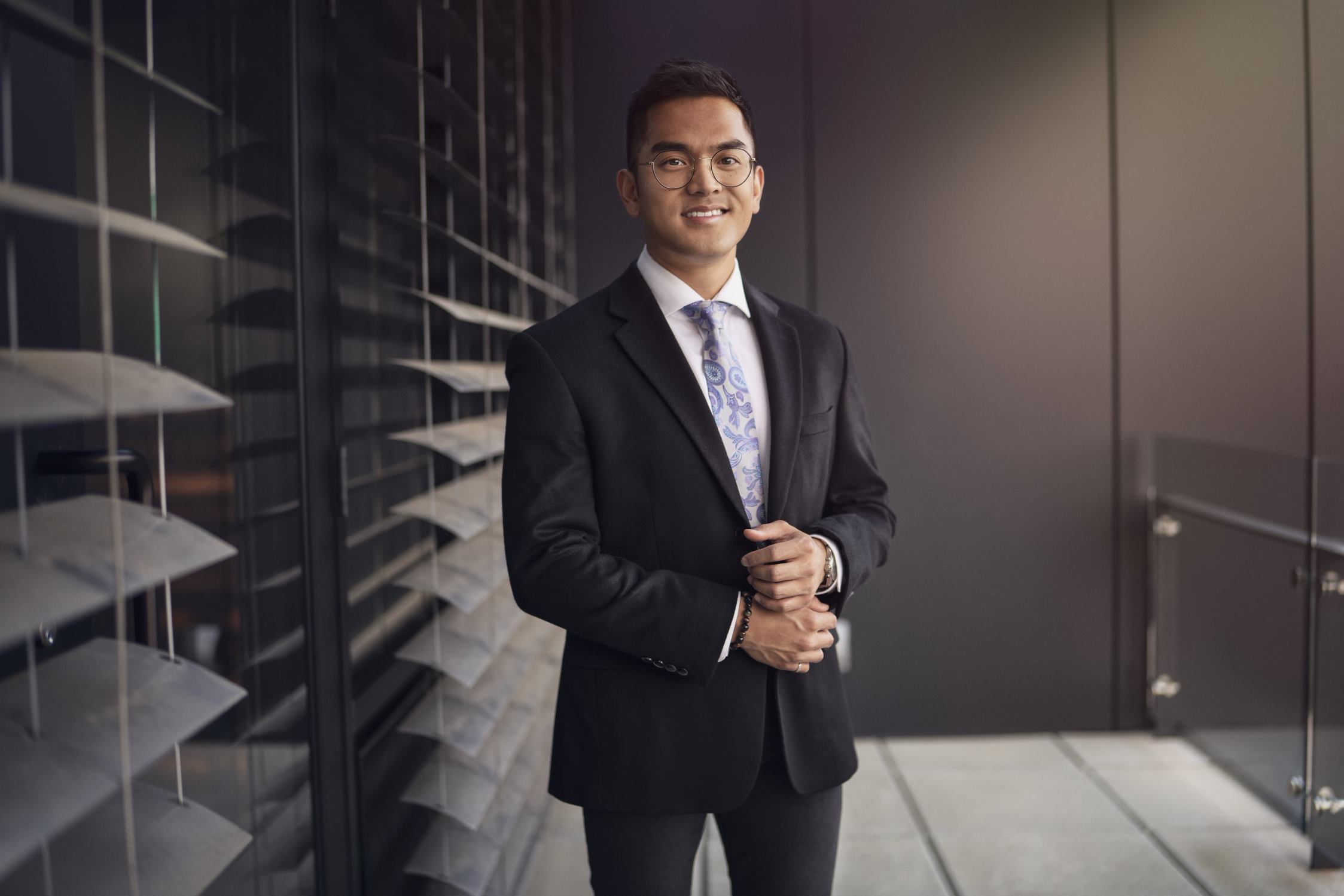 As an active performer, Carlo has performed in solo recitals across Alberta and competed in the 2021 Honens Pro-Am Competition. He has participated in masterclasses with concert pianists Roman Rabinovich, Katherine Chi, Konstantin Shamray, and Ingrid Fliter.
Foregoing the engineering profession to those more passionate and qualified, Carlo enthusiastically teaches piano and theory lessons full-time in his private studio and adjudicates in music festivals across the province. On the weekends, he is a piano consultant at Michael Lipnicki Fine Pianos, connecting pianists with an instrument they love.
At the core of Carlo’s teaching ethos is engagement, which he defines as the intersection between passion, proficiency, and enjoyment. His studio of over forty students spans a diverse range of age and skill: from four to over seventy years old, and from the beginner to ARCT level.
As a musician and educator, Carlo’s mission is to nurture his students’ love for playing the piano and to help them learn the music that is dearest to their hearts.